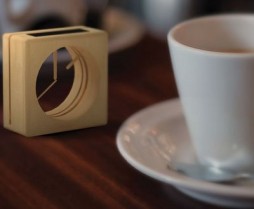 “He picked up the receiver and punched at the buttons with swift, angry fingers.  No answer.  For all his fury, he was met with the discordant beep of her machine.”

I’m going to take a wild stab in the dark and say that anybody over the age of twenty five will clearly understand what’s happening in the above quote.  Anybody under that age might not, and it’s remotely possible that somebody under fifteen might read it as a science fiction story about a man frustrated with an uncooperative fembot.

So, the other night, while watching a TV show from the mid-90s, it struck me how much the simple cellular phone has changed society in the past 15 years.  The show involved a couple who gets comically lost while driving.  And I started to think about it.  Like, ponderously ponder about it, and its ponderously profound effect on writing.

Think about it – the old school telephone, that standard plot device, is more or less dead.  Holy crap!  Doctor Who’s going to have to trade in his Tardis.  Mild mannered secretaries can’t quietly pick up a receiver and listen in on adulterous conversations between their boss and Candi from accounting.  Damn it!

Now, it’s not all that drastic.  I mean, as of 2010, my mom still has a landline, complete with an answering machine.  But even my mom’s phone is cordless.  And even then, she has her own cell phone, and she mostly calls me from that.  Still, writers, let’s face it – the cell/internet phone revolution has sincerely screwed up a lot of age old writer’s standbys.  Nobody has to make a long distance call anymore.  Nobody leaves messages on answering machines.  Nobody makes out in phone booths.  No nefarious hoodlums wait next to a payphone on a poorly lit street corner.

But it’s even more than just phone calls and phone booths.  Enter the internet phone.  Nobody gets lost anymore.  No more poorly drawn maps, no more having to stop in a creepy little town to ask for directions.  My budget grade Android, for instance, has a built in compass, not to mention a GPS locator and a couple of different map applications.  And even if you or your protagonist don’t have fancy phones, you still likely have a cell phone with which you can call somebody and get directions or help.

Of course, it’s not like these plot devices are going to disappear entirely.  I mean, people still can get lost.  Calls still can get dropped.  Important voice messages telling us that the guy in the Santa suit isn’t actually Uncle Harry still can get deleted.  But you need to explain these things now, and put them in different context.  Maybe your hero loses his phone, or the battery runs out, or maybe your heroine is a complete Luddite and has forever sworn off the evils of technology.  You still have to account for it in your writing.  Everybody’s got a cell phone, and if you don’t remember that fact, you run the risk of the reader pulling themselves out of the story to say, “well, sure the nubile young coeds got bad directions to the frat party and ended up at the secluded Satanist mansion during the Blood Ritual of Balthazaar, but why didn’t they just use Google Maps?”

For fun, and with that in mind, what are some other standard devices or settings that are getting or are already obsolete?  Here’s a quick list, off the top of my head:

Smoky saloon / restaurant / office / person:  Smoking is terrible for you.  But it’s also a really cool effect in literature and cinema.  It says something about the character.  The smoker is bad and mysterious, and/or headed for some kind of disastrous ending.  Remember “The Smoking Man” from The X-Files?  So mysterious.  So stinky.  But nowadays, your chances of encountering a character in a dimly lit public setting, awash in clouds of nicotine, are pretty slim.  Thanks, public health initiatives, for taking away a great method of foreshadowing!

Music / CDs:  Of course, a lot of people still buy CDs.  But, a lot of people, and especially young ones, don’t. If you have a teenager wanting to get the newest offering from Killer Sex Hammer, he’ll probably be downloading it to his MP3 player.  If you have a struggling rock band trying to break it big in 2010, you might be surprised to learn that most bands these days don’t go to studios to record.  They do it with software called ProTools, on a laptop, in their practice spaces.  And a lot don’t put out CDs.  Instead they opt for digital downloads.  The entire scope of the music industry has changed more dramatically than any over the last few years.

Newspapers:  Maybe it’s kind of a cop out, since it’s so obvious.  But if I were to read a modern story about a twenty or thirty year old who was paging through a newspaper to look for a job or a car, I’d stop and start thinking about it.  Wouldn’t they use the internet?  Why would such a young person want to read the paper?  Funny that the old device of noir fiction, guy-on-a-bench-reading-a-paper-to-hide-his-identity, might actually draw attention now instead of blending in to the background, depending on the age of the character and the setting.

Can you think of any others?  Feel free to drop a comment if you can.  I’d be curious to see what you can come up with.

One Reply to “On Writing – Stay Up With The Times!”